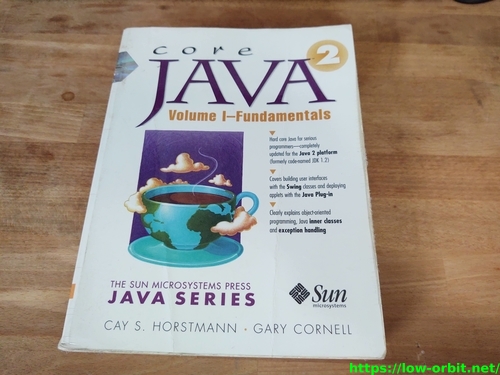 Get the newer version of this book, the 11th edition on Amazon here:

This is the book that I used when I first learned Java way back in early 2000. These book covers all of the core, fundamental things youwould want to learn when starting out. It comes in two volumes. I only had the first volume. It covers a lot of things up to and including graphics programming.

It covers the Swing API which I actually like working with. Swing makes a lot of sense to me and seems really straight forward. I may be biased because I learned it so early on though. I only found out years later that Swing actually isn’t popular and many people actually hate using it. Swing is a really functional and extensible. I can’t imagine not liking it myself, especially if you are used to working with Java. It’s funny to think that when I first bought this book, Swing was a new technology. Now it has been replaced by Java FX.

Here is a video where I talk about this book:

Learning Java will probably serve you well but that depends on what you want to do. The syntax of the language is great but that is probably just my opinion because Java and C++ were my first two languages ( not counting BASIC ). The way Java handles objects and object oriented programming just seems like the right way to do it. I might be biased but as much as I try I can’t make myself see the way other languages approach object orient programming as OK.

Here is a picture of the side of the book that I thought I should include on this page. I basically took a picture from this angle of each tech book I’ve reviewed. 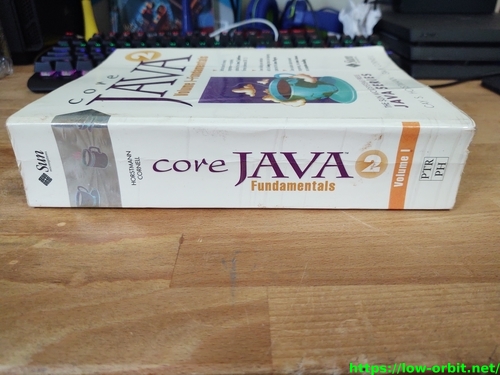 Here is a Sun logo. This was from the good old days when Sun Microsystems still existed and before Oracle took over. I’ve always likeed Sun and I always thought they did good things. They made Java, Solaris, SPARC hardware, and more.

Here is the back of the book. From here you can get some more insight into what is inside the book. I probably shouldn’t be posting pictures of the actual inside of the book to avoid copyright issues. 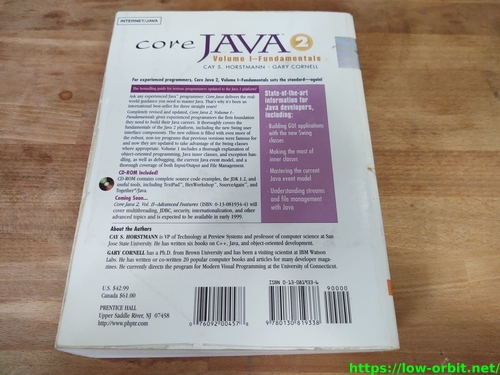 Here is a close up of the barcodes and ISBN number. 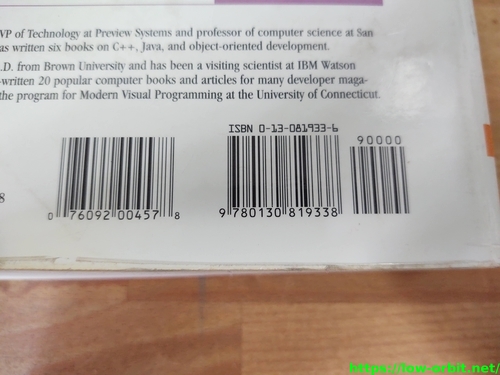 Here is another picture of the back that also includes the barcodes. It may or may not have any added value. 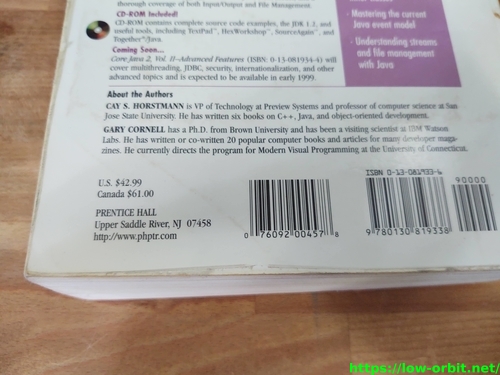