Here we will cover most of the basic Unix/Linux commands so you can start to feel at home in a Unix environment. Many, many commands exist and will vary based on the exact system you are using and what packages are installed.

After covering this you should feel comfortable working in a Unix / Linux command line environment. This does not cover every tool that exists. This guide will not cover every skill you need to be a good admin.

This guide is meant to be somewhat concise. It doesn’t go into detail or cover all of the nuances of each command.

If you need help use the “man” or “help” commands:

This shows how to Create and delete files and directories.

NOTE - to rename a file, just use the ‘mv’ command to move the file to a different name. 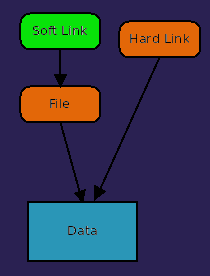 Commands to navigate through a file while using the “less” command:

Sort the lines in a file and output them:

Pipes and redirects allow output to be either piped to another command or redirected to a file.

The output of one command can be sent to another using a pipe “|”. For example we can pipe the output of the ls command to the sort command.

When you pipe output to grep, it will search this instead of a file. This becomes even more useful with some of the commands that we will learn later on in this guide.

nano # a popular text editor these days pico # also popular jed # another editor vi # traditional Unix text editor, on almost every system that exists, tricky if you aren’t familiar with it emacs # similar to vi but with completely different commands, some people like this better