If you are looking for information on “FreeNAS VM” you probably looking for one of two things.

We’re going to cover both of these.

Running FreeNAS on a VM.

Free NAS runs great on a VM. Personally I would only do that for testing but you could use it for produciton use if you wanted. If you were to make your data disks available to the VM this could work just fine for production use. This might be a more common solution if you are a lot of infrastructure with large virtualization servers and connected storage. I feel like a home user setting up a NAS would tend to want to build a dedicated physical server ( or desktop ) for their NAS. That is the case for me. I would generally only run FreeNAS on a VM for testing which is still a valid use case. 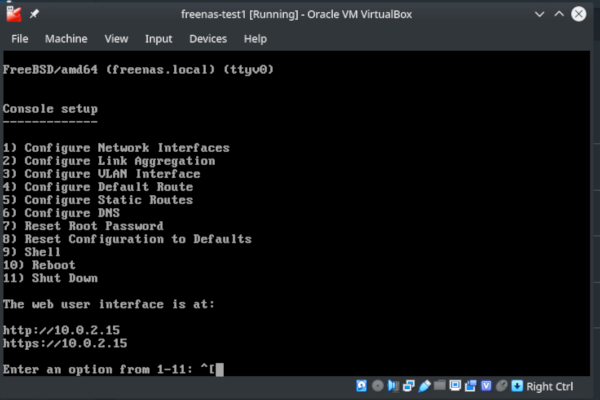 When I tested FreeNAS I created a VM in VirtualBox. This is usually what I do when I want to test out a new system. I have a Linux desktop with plenty of cores and RAM so to keep things simple I just run virtual box on my desktop. VirtualBox lets you select your OS when creating a VM. Since FreeNAS is based on FreeBSD I just select FreeBSD.

I actually hadn’t realized this until recently. It turns out that one of the features of FreeNAS is that you can use it as a host OS for virtual machines. This is pretty neat but not what I would use it for. It does have a lot of features and it isn’t exactly a surprise that it would include this. For people who want to host a few VMs on the same system that they use to manage and share their data, this is really convenient. This is actually a relatively common use case. 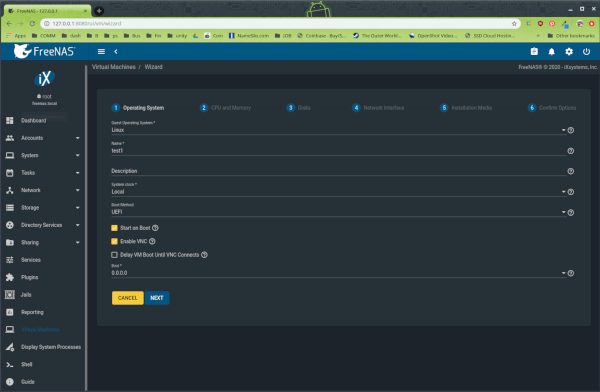 You can actually find FreeNAS VirtualBox images just by searching google. Personally, I would just install it myself. I wouldn’t trust some random third party VM image. That and it is really easy to just install FreeNAS on your own.

You can try downloading them yourself if you like living life on the edge.

I was actually considering creating my own images and sharing them on this site but it kind of seems like a waste of space on my web host.